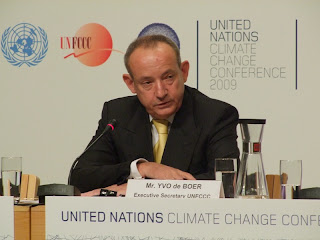 
"In the week ahead, the focus needs to be on crafting solid and practical proposals that will unleash prompt action on mitigation, adaptation, finance, technology, REDD and capacity-building," he added.

"Developing countries desperately need tangible, immediate action on these crucial issues. Much of the work that has been accomplished over the past two years can be turned into immediate action."

He also said the time for formal statements is over, the time for restating well-known positions is past and the time has indeed come to reach out to each other.

Basing her confidence on the daily contacts with the delegation, Connie Hedegaard, the chairperson of the COP15, said the time to deliver is now and this is the place to commit but there are still obstacles and it is up to us to over-come them.

"In the next two weeks we need to work really hard and find bth public and private money, especially money you can count on in the long term."

"Compromise, agree and find concrete solutions, use every skill available to pave the way for ministers and leaders to finalise the deal," she said.