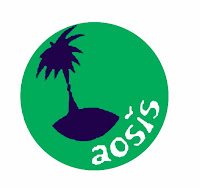 A feature from the Alliance of Small Islands States, for more details please visit www.aosis.info
As changing climate and rising sea levels negatively affect Small Island Developing States (SIDS), an uncertain future lies ahead for the millions of people who inhabit these island nations. What is certain is the destruction and disappearance of lives, livelihoods, countries,
and the likelihood of large displaced populations if average global temperatures increase by more than 1.5°C. What would industrialized economies do if faced with such a high probability of destruction?
Because SIDS are small countries, we are seldom heard, but we must urgently point out that the global population, primarily the industrialized economies, has already increased the average temperature by 0.8°C above pre-industrial levels. Current atmospheric concentrations of GHG are in excess of 387 parts per million, which scientists believe would raise average global temperature above 1.5°C over time. This current level of GHG is the highest concentration of carbon dioxide in the atmosphere in millions of years. The global economy is producing more than twice the GHG that is being sequestered; excess GHG is increasing the acidity of the oceans and increasing average temperatures.
We call upon the industrialized economies and, in particular, the historic polluters to act speedily, appropriately and morally by:
1. Agreeing to limit average global temperature to less than 1.5°C and send a signal to the global marketplace that the world is serious about clean energy.
2. Signing a legally binding agreement where all countries commit to greening their economy to achieve emission reduction to get to the temperature target.
3. Providing funding and technology to support adaptation to climate change through a dedicated mechanism so we can pursue sustainable development.
4. Supporting establishment of a comprehensive insurance and risk management facility to make sure that socioeconomic gains attained through sacrifice is not destroyed by climate change.
As emissions increase, changing the global climate, triggering rises in sea levels, changes in rainfall patterns, bleaching of corals, eroding shorelines, and reducing our fisheries, we, the SIDS, would like to know what would you in the industrialized economies do if the situations were reversed?
Would you want us to be concerned about your future survival and that of your children, or merely consider you as collateral damage in order to maintain a comfortable and fulfilling
lifestyle? Sustainable technological systems that can provide the global population with the same level and significantly more energy services, than what is now provided by high GHG
emitting sources, have been developed but not deployed due to perceived higher costs. For example, the oceans have many times the energy needed by the global population, and it  can be harvested with limited emissions of GHG. How you would feel if you were a citizen of  SIDS, and knew there were low carbon energy alternatives available that can provide the global population with productive and enjoyable lifestyles many times over, without our destruction, but it was considered too much of an economic sacrifice?
For thousands of years, the millions of people living on small island states have generally  been responsible stewards of their environment, due to high dependency on environmental
services for survival and economic development. SIDS have acted as custodians of almost  25 percent of the world’s oceans, a responsibility that is taken very seriously. We have also  played major roles in the evolution of the global maritime and tourism industries, with the  tourism sector accounting for between 45 and 80 percent of gross domestic product in most  SIDS today.
We wish to continue welcoming you to our environment, and we also want to enjoy some of your luxurious lifestyle, a lifestyle that you can still enjoy by pursuing alternative, sustainable energy sources; a lifestyle that can help reduce the unprecedented rate of GHG emissions.
This is a feature from the Alliance of Small Islands States - please visit www.aosis.info for more information.