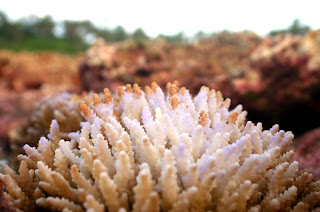 Australian government’s Chief Climate Change adviser, Dr Ross Garnaut says scientific evidence has proven that the impacts of climate is real and cannot be ignored.
Dr Garnaut said most Australians accept that climate change would affect the world but a significant number do not believe it would impact them personally.
“The scientific evidence is clear that the earth is warming and humans are making significant contribution to that and that the risks of serious disruptions are very high if there is no effective mitigation of the growth in emissions.
He said the intense debate in Australia over climate change is a necessary phase in the process of moving towards definitive action.
“It’s really important because if our discussion of climate change is to lead to good public policy, it could be grounded in the scientific evidence, evidence from main stream science grounded on good, sound information and logical analysis, “he said
“I think it’s harder for some members of the communities to grasp the realities because there are high profile sources of opinion that contest the science. I’ve characterized that in the past as a contest between  knowledge and ignorance but what I’ve got in mind is the contest between the soundly based ideas based on  decade of research that are reflected in the main stream science .
Meanwhile, Dr Garnaut says the nuclear crisis in Japan hasn’t dissuaded him from supporting nuclear science and nuclear technology in Australia.
“The safety issue is very important as well as being sensitive.
“I think we all have to wait and see what comes out of the studies of the problems in Japan.
“The global task of mitigating climate change will be more difficult and more expensive if nuclear energy doesn’t play a significant role in the energy future especially in the rapid growing developing countries of Asia, first of all China