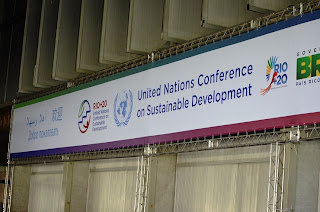 The Rio+20 Pacific side event will be held on the 19th of June, 2012, at the RioCentro Convention Centre, Rio de Janeiro, Brazil.