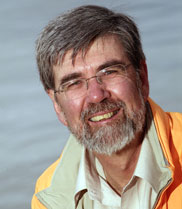 The above photo of Dr. John Church was obtained from the CSIRO website.
Coverage of the GreenHouse2011 conference in Cairns written by Rozalee Nongebatu of the Solomon Islands Broadcasting Corporation.