EU dictates how its fast start funding will be used


By Makereta Komai for Climate Pasifika in
04 June 2010 , --- is one of the 11 countries chosen to pilot climate resilience and capacity building projects, funded as part of the European Union’s fast start climate change funding commitment promised in in 2009.
At a side event organised at the margins of the climate change talks, representatives from five major European nations that have made pledges to the climate change fast start financing briefed delegates on their commitments. 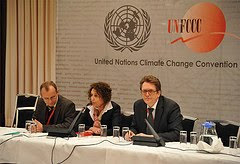 Norbet Gorben of German’s environment ministry said under the Global Alliance, the EU was providing €40 million to pilot climate resilience projects in African, Caribbean and Pacific (ACP) states, which includes in the Pacific.
“The first tranche of the funds will be given in 2010. Half of the funds will be targeted at adaptation programmes. We are targeting the ‘smallest of the small.’
“We will build on the national adaptation plans and assist with adaptation practices and provide budget support, said Gorben.
At the same time, the EU has allocated €4.2 million to , and for adaptation projects.
“ is looking at land use, while in the focus is on reducing emissions from deforestation and degradation (REDD) and on putting together its database on climate change.
“This assistance will be extended due to demand from 12 Pacific countries, said Gorben.
The European Union insists the funding initiative pledged in is a process of ‘learning by doing.’ Its member states will continue dialogue with developing countries to get to know their needs and expectations better, according to an EU briefing paper.
“Lessons learnt will be very valuable in helping to decide where to direct funding not yet allocated.”
It said experience with fast start funding will be key in shaping the post 2012 climate financing architecture.
The European Union has pledged €2.4 billion annually until 2012 to combat the impact of climate change. This, it says represents a third of the global commitments made by mostly industrialised countries that supported the Copenhagen Accord in 2009.
“Despite the recent economic difficulties and strong budgetary constraints, all 27 member states of the EU contributed to this funding.
63 percent of the EU confirmed pledge in 2010 will go towards mitigation projects while the rest will be for adaptation. A huge bulk of that funding will support reducing emissions from forests.
The EU has also directed that 61 percent of its pledge be distributed through bilateral channels and only 39 percent through the multilateral process including financial mechanisms within the United Nations Framework Convention on (UNFCCC).
With governments tightening their coffers in the wake of the global financial crisis, development campaigners are calling for more transparency in the initial stages of climate change funding for developing countries.
Campaigners say they want to ensure climate funding promises are over and above current development aid (ODA), rather than transferred from existing projects.
The finance of climate change mitigation and adaptation in developing countries is a key pillar in the climate negotiations.
There is a lot of slippery language around ‘new and additional’,” said Rob Bailey, a policy advisor on climate change for Oxfam.
According to the Copenhagen Accord, “this funding will come from a wide variety of sources, public and private, bilateral and multilateral, including alternative sources of finance.”
In the Copenhagen Accord, developed countries agreed to provide vulnerable nations with “new and additional resources” of about US$30 billion for period 2010-2012 to help them with climate change mitigation and adaptation.
, , , , the , and the have collectively agreed in the context of an ambitious and comprehensive outcome in to dedicate USD3.5bn as initial public finance towards slowing, halting and eventually reversing deforestation in developing countries.
Climate Action Network (CAN) said the EU has failed to provide clarity about where the €7.2 billion pledged for 2010-2012 for immediate climate finance needs in developing countries will come from. 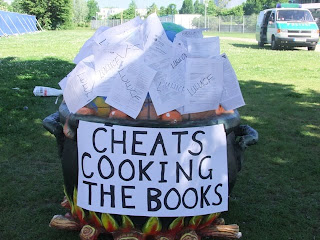 “This unwillingness to be clear about the sources of their fast start finance is only corroborating the grape vine, which contends that a great majority in the EU intend to recycle their ODA commitments and baptise it climate finance,” said Augustine B. Njamnshi of the Pan-African Climate Justice Alliance.
“This lack of clarity is frustrating developing countries, especially those who quickly associated with the Copenhagen Accord with the hope of getting something from the package.”
EU leaders this week in Bonn insisted the money pledged would be ”fresh,” language that does not exclude previously committed development aid from being double counted as climate finance. The lack of country-by-country detail in today’s report deepens green and development groups’ concerns that the commitment made in that funds would be new and additional is not being kept.  In addition, there is not enough detail on how the money will be divided between projects.
“Helping poor countries adapt to climate change impacts and develop in a low carbon way are both equally important,” said Tim Gore, Oxfam International EU Climate Adviser.
“However, about twice as much has been allocated for low carbon development rather than adaptation, which means that at the moment, the bulk of the money is more likely to go to larger emerging economies instead of the World’s poorest,” said Gore.
Ms Komai will be covering the Bonn negotiations from 31 May – 11 June 2010, thanks to support from Secretariat of the Pacific Regional Environment Programme (SPREP) and the World Wide Fund for Nature (WWF). She will provide daily coverage of the negotiations via PACNEWS and the SPREP website www.sprep.org, the climate pasifika blogspot, http://climatepasifika.blogspot.com and the PINA Green page http://green.pina.com.fj/