By Makereta Komai for Climate Pasifika in
03 June 2010 Bonn, Germany --- Most Pacific Island Countries are fighting to keep the only legally binding agreement under the United Nations Convention on (UNFCCC)  - the Kyoto Protocol alive to ensure that the Adaptation Board serves its purpose.
The Fund, established under the Kyoto Protocol was set up to finance concrete adaptation projects for developing nations that are vulnerable to the adverse effects of climate change.
It has become evident from two years of climate change negotiations that rich industrialised nations want to kill off the Kyoto Protocol.
During the failed global climate change talks in 2009, the charge against developed countries was led by and Group of 77 nations, one of the most influential negotiating groups within the UNFCCC. They accused , the European Union and the for pushing for a post-2012 pact that allows more flexible emissions reduction that could lead to states wriggling out of meeting tough and binding emissions cuts.
currently binds 37 industrialised nations, except the , to greenhouse gas emissions targets during 2008-12 but developing nations are not obliged to meet hard, economy-wide targets and won't agree to such targets in any new agreement. 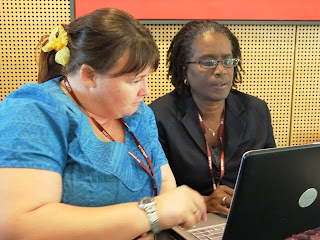 lead negotiator on adaptation - Pasha Carruthers said the Adaptation Fund is the only guaranteed and predictable financing mechanism for vulnerable states, most of them in the Pacific.
“We like the way the Board is structured because it’s more representative of developing countries than any other financial institutions under the Convention.
Currently, is one of the two representatives from Small Islands Developing States serving on the Adaptation Board.
“We are also advocating that the share of proceeds from the Clean Development Mechanism is not enough and that it be extended to other sources.
In May last year, the World Bank as a trustee of the Adaptation Fund completed the first sale of certified emissions reductions (CER), earning USD$18.7 million. This was earned from the sale of 1.13 million CERs.
As of August 2009, funds available to developing countries to assist with adaptation projects was USD$8.99 million.  This estimated to go up to USD$480 million by 2012, according to the Fund’s Annual Report 2009.
Two percent of the proceeds from the Clean Development Mechanism (CDM) project feed the Adaptation Fund revenue pool.
Under its funding policy guidelines, the Fund is specific with its requirement. It will only consider ‘concrete’ project proposals that address the adverse impacts and risks posed by climate change.
It’s understood that is the only Pacific Island Country and also a member of the Least Developed Country that has submitted a project proposal for inaugural funding from the Adaptation Fund.
Speaking during the Ad hoc Working Group Long Term Co-operative (AWG-LCA) session, the expressed its deep concerns for the delays raised by many Parties in accessing the Fund.
“The U.S is amazed that developing countries are still having difficulties and we want to know where the money was going.
It now wants a full review of the resources including its adequacy to ensure full financing is available to developing countries.
on behalf of LDC’s wanted to see a major ramp up of support for the Adaptation Fund.
It described as ‘peanuts’ the current two percent of levies from the Clean Development Mechanism as a pool of revenue for the Adaptation Fund.
A report jointly released by WWF-Global Conservation and German Watch at the Bonn climate talks said the Adaptation Fund is the most appropriate funding mechanism that accommodates the needs and priorities of vulnerable developing States.
“It works with direct access in those countries which can nominate a domestic institution with sufficient capacity, and has the most representative governance structures, with specific seats for LDC’s and SIDS.”
Apart from the Adaptation Fund, there are two other multilateral institutions funding adaptations in developing countries. These are the Least Developed Countries Fund (LDCF) and the Pilot Programme for Climate Resilience (PPCR).
PPCR was set up under the World Bank, with the purpose to finance pilot programmes for integrating adaptation into national planning and was set up outside the UNFCCC mandate. 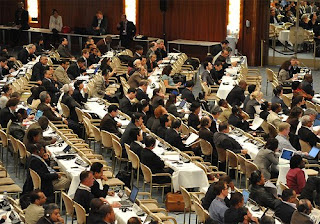 The WWF/German Watch report estimates that by 2012, the Adaptation Fund will have US$342 million while the LDCF will have contributions of US$223 million to deal with the special needs of 48 least developed countries.
Analysing the current negotiating climate, the two international NGOs said ‘adaptation has been outlined as one of the areas in which progress could be made in the run-up to .
“However, as the preliminary analysis has shown, substantial differences on real substance still remain.
They predicted five possible scenarios – no agreement on adaptation text, a weak adaptation text, an adaptation framework without strong financial mechanism, an adaptation framework with strong financial mechanism and a comprehensive post 2012 agreement.
Ms Komai will be covering the Bonn negotiations from 31 May – 11 June 2010, thanks to funding from Secretariat of the Pacific Regional Environment Programme (SPREP) and the World Wide Fund for Nature (WWF). She will provide daily coverage of the negotiations via PACNEWS and the Secretariat of the Pacific Regional Environment Programme’s climate pasifika blogspot, http://climatepasifika.blogspot.com