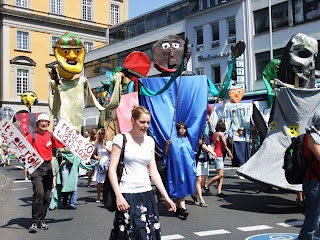 By Makereta Komai for Climate Pasifika in
07 June 2010, Bonn, Germany --- Delivering on the US$30 billion fast start finance can help rebuild the trust and confidence lost between industrialised countries and the developing nations in Copenhagen, said Yvo de Boer, the outgoing executive secretary of the UNFCCC Secretariat.
Speaking to journalists at the start of the second week of climate change negotiations here in , de Boer said developing countries need to see that the prompt start finance begin to flow.
“It’s important that industrialised countries make that money available as a motion of confidence in the promotion of partnership towards developing countries.
“Secondly, we need to get clarity on how that US$100 billion is going to be mobilised until 2020, said de Boer. 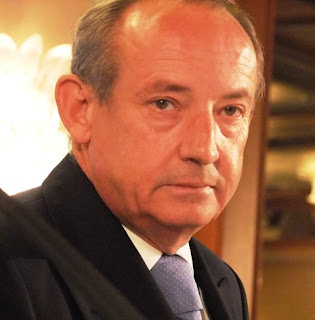 Currently, the $30 billion promised in has attracted pledges that have almost reached its .
To date, the European Union (EU), , the and have made commitments to the Fund. Half of that amount has come from , who has pledged US$15 billion for the next two years, until 2012.
But there are concerns that some of these donors are demanding that it be disbursed as loans and not as grants.
“, I believe is making a portion of its funds to be available as loan, since its providing about half of the total committed funds. But at the end of the day, the $30 billion was conceived as a grant and not a loan.  For fast start finance to achieve its goal, I think it should be distributed as a grant and not as a loan, said de Boer.
The initial fast start finance will be targeted at least developed countries (LDCs) and Small Island Developing Countries (SIDS).
“There is a general agreement that the funds be fed through existing institutions like the World Bank and United Nations Development Fund. Given past experiences, developing countries would like a new financial mechanism directly under the control of the convention but industrialised nations oppose this proposal.
Since the funds are likely to be delivered by different financial institutions and not within the existing convention financing mechanism, there will be different criteria for accessing the fast start finance, said de Boer.
“Right now, the challenge is to find middle ground – it might be found in creating a new body under the convention that will provide oversight in the area of financial support, suggested the UN climate chief.
De Boer was answering questions on the status of the negotiations.
“The talks here in are taking place in a very constructive, transparent and inclusive atmosphere. While the chair has made some progress on the technical issues, a number of hot political issues still need to be addressed.
Secondly, there needs to be clear leadership on the part of industrialised countries on their emissions .
“If you look at the climate science, the commitments are not ambitious enough. What countries have offered since is not nearly enough to get you into the 25-40 percent range. Clearly we need to see greater ambition on the part of industrialised countries.
This reluctance, he said is making vulnerable nations nervous.
“The major concern is that there is too little action from industrialised nations and some emerging developing nations that will translate into the extinction of some island countries.
“The Copenhagen Accord talks about a maximum of 2 degrees in temperature increase, with a review in 2015 – whether that is adequate or we need to raise the level of ambition is something that negotiations here need to discuss and resolve before .”
An analysis of the current negotiations by Climate Action Network International puts the maximum global temperature at 4 degrees by 2100 – which will lead to catastrophic climate change impacts.
For , de Boer hopes to see a conclusion of the Bali Roadmap.
“It’s my personal hope that a practical and operational architecture will be ready by Cancun that will pave the way for an agreement that will be turned into a legally binding agreement under the convention.”
“What we need is architecture for mitigation, adaptation, , finance, capacity building and reducing emissions from reafforestation and degradation (REDD).
Two one week long negotiations are planned for 02-06 August and October before the Conference of the Parties meets in from 28 November – 10 December.
Ms Komai will be covering the Bonn Climate Change negotiations from 31 May – 11 June 2010, thanks to support from Secretariat of the Pacific Regional Environment Programme (SPREP) and the World Wide Fund for Nature (WWF). She will provide daily coverage of the negotiations via PACNEWS and the SPREP website www.sprep.org, the climate pasifika blogspot, http://climatepasifika.blogspot.com and the PINA Green page http://green.pina.com.fj/