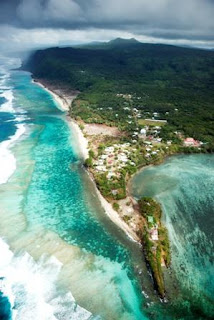 Copenhagen, 13 December - Biodiversity or the diversity of plant and animal life within the Pacific region will be hard hit if temperatures keep rising in the next 30 years. According to the International Panel on Climate Change (IPCC) biodiversity in vulnerable areas of the world are a cause for great concern if temperatures are not controlled or reversed soon.

Dr. Christopher Field (pictured below right, Photo by Cherelle Jackson), IPCC Vice Chair of Working Group II says: "Biological biodiversity is very clearly very sensitive to climate change, with projected loss of the biodiversity scaling with the levels of impact going from a few percent from the lower warming rankings we are talking about up to as much as 30 or more percent in key areas if warming goes on the trajectories at the high end at the rates that IPCC considered."

Field believes that vulnerable areas such as the Pacific will again bear the brunt of the impact. 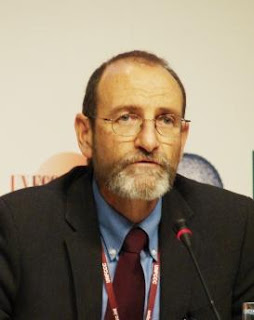 "It is very important to remember that vulnerability is not uniformly distributed. The level of impact scales with the levels of emmissions," he said.

In a report on the Physical Science Basis of climate change IPCC states: "For increases in global average temperature exceeding 1.5 to 2.5°C, there are projected to be major changes in ecosystem structure and function, species’ ecological interactions and shifts in species’ geographical ranges, with predominantly negative consequences for biodiversity and ecosystem goods and services."

According to Climate Change Advisor for the Secretariat of the Pacific Regional Environment Programme (SPREP) biodiversity is an important area that needs to be considered.

He says there are efforts to find the relationship between the two.

"We are looking at ways to link biodiversity conservation with mitigation and adaptation. It becomes more complicated though because you are taking a more holistic approach to the problem and therefore it becomes a much bigger exercise than simply looking at straight climate change or straight conservation," Ronneberg said.

According to a Climate Change and Biodiversity (CCBM) assessment in Melanesian countries, the risks are high for the species in that region. The report indicates that Melanesia ’s terrestrial animal and plant species are especially vulnerable to climate change because of high levels of endemicity in the region.

Species that are most threatened by climate change, those found near the tree line at higher elevations, those found in isolated or outlying mountain ranges, small island mammals and larger mammals.

According to the CCBM Assesment it is possible that species could shift their ranges along both latitudinal and elevational gradients causing changes to ecological interactions such as changes in inter-species competition and predation, seeding and fruiting patterns.

Dr. Geoffery Hope a former Professor at the Climate Change Institute in Australia, pointed out that species and ecosystems have adapted to past climate changes. However, he underscores in CCBM that during those past periods of climate change the ecosystems most at risk were healthier than they currently are.

"In today’s world most ecosystems are already under pressure from other human-based threats such as over-hunting, over-fishing, and forest cover changes. The effects of climate change add yet one more stress factor to these ecosystems, and in some cases may become, the straw that breaks the camel’s back.”