Three Pacific Journalists have been commended by SPREP, having won awards in the very first “Vision Pasifika: ” Media tribute to recognise the role of Pacific reporters in raising awareness in environment issues.
The award is part of the media outreach by the Secretariat of the Pacific Regional Environment Programme (SPREP) that encourages partnerships with Pacific media to help strengthen their role in raising awareness in sustainable environment concerns.
Mr. Anish Chand has won the television category for his news story “Pacific Politics and Climate Change” which was broadcast on Fiji One’s Close Up.  He has also won the best overall category.
Mr. Moffat Mamu has won the print category for his news story “Our Final Chance”, printed in the Solomon Star News.
Ms. Rachna Lal and Ms. Kalpana Prasad have won the student category for their story “Coral reef destruction continues unabated” in the "Wansolwara" which is published by students of the USP Journalism Division.
No entries were submitted for the Radio award.
“I think all the entries were good in their own rights but since it was a competition, we needed to pick the best entries,” said SPREP’s Adviser.
“Congratulations to the winners and also huge commendation to those who submitted entries.”
Over 30 news items were entered in the competition for judging before a panel which consisted of a member from the Pacific Islands News Association (PINA) and PACNEWS, WWF South Pacific Programme Office and SPREP.  The “Vision Pasifika: ” Media Award was a partnership between SPREP and WWF, supported by PINA and PACNEWS.
“We’re really pleased with both the calibre of submissions, as well as the amount of entries we received,” said Nanette Woonton, SPREP’s Associate Media and Publications Officer.
“SPREP would like to encourage members of our Pacific media to continue writing environment news reports.  We plan to ensure this award is a continuous one focusing on the different environment aspects, as we’d like to be able to pay tribute to our media that produce excellent work.”
Winning entries receive USD 500 each, including USD 500 for the best overall category.  While this is the first award, it is hoped that future awards will promote Pacific media to cover more environment stories in their countries.
“I would encourage the reporters to learn more about climate change try and apply their knowledge to their local situations and try and come up with some innovative stories to really demonstrate how climate change is impacting their communities,” said Ronneberg.
Meet the winners
Mr. Anish Chand - Winner of the Television Category and the Best Overall Category

Anish Chand is currently the Team Leader News at Fiji Television Limited, with 13 Journalists working under his supervision.  He has been associated with Fiji TV since 2003 when he started as a Sports Journalist, and slowly climbed the ranks to lead the Newsroom.
Anish also produces major one-off events for Fiji TV and is well exposed to all functions involved in the production of TV current affairs shows, documentaries, debates and sports events.
He was the Producer of the 2003 South Pacific Games for Fiji TV and also led the coverage of the 2006 Fiji General Elections.  In addition Anish also hosts the weekly Close-Up current affairs show which is rated 9th overall as the most watched programme in . Average viewer ship is 77 percent of the population.
He holds a Diploma in Journalism from University of the South Pacific in .
Mr. Moffat Mamu – Winner of the Print Category

Moffat Mamu is business reporter with the Solomon Star news paper based in .
He has been a full time reporter with the paper after graduating from the University of the South Pacific (USP) in 2004 where he attained his Bachelor of Arts (BA) degree majoring in Journalist and History/Politics.
For the last five years Moffat has led the business section of the newspaper.  Although a business writer, his interest is in feature writing which included issues related to climate change.  His work was last recognized by the Asian Development Bank Institute (ADBI) based in Tokyo, a sister organisation of the Asian Development Bank (ADB) which saw him win an award on .

Ms. Rachna Lal and Ms Kalpana Prasad – Winners of the Journalism Student Category
Kalpana Prasad is a 22 year old who will graduate with her Bachelor of Arts degree in journalism and tourism studies in April this year.  She is currently working as the Community Media officer for FemLINKPACIFIC a feminist based Non Government Organisation in which uses Media as an empowerment tool for the women at the grassroots level.
Kalpana has received numerous awards for articles in Wansolwara that she has written with fellow students, including the best feature story for 2009 and the All Media Achievement Award for excellent performance in all 3 forms of media: Radio, Television and Print.
She has also had the opportunity to work as an attaché with the Secretariat of the Pacific Community during the Pacific Youth Festival in and as a cadet journalist for an online media organisation, Fijilive.com. 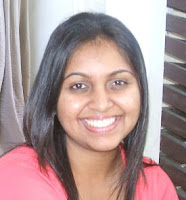 Rachna Lal is a 22 year old who is also graduating with a Bachelor of Arts degree in Journalism and Literature and language in April this year.  She is now working with Fijilive, an online based news organisation.
Rachna won an award in 2008 for the best feature story in Wansolwara and in 2009 was awarded with the best journalism student accolade.
In 2009 Rachna was elected to represent USP journalism at the AIBDS Conference in Denarau Fiji, she was selected to take part in the SPREP climate change media training in September 2009 and was also part of the Pacific Communications team during the climate change Conference of the Parties meeting in Copenhagen in December 2009.