Claims of bribery in support of the Copenhagen Accord rejected, WikiLeak reveals contents of U.S diplomatic cable

By Makereta Komai, Climate Pasifika Media in Cancun, Mexico
06 DECEMBER 2010 CANCUN ---- European commissioner for climate change, Connie Hedegraad, at the centre of a WikiLeak report that claims bribery on the part of the European Union and the United States, has categorically denied any truth to the leaked U.S Government cables.
In particular she rejected claims made in the report quoted from a conversation she allegedly had with the deputy U.S climate change envoy, Dr Jonathan Pershing, where she made reference to making friends with the Alliance of Small Island States (AOSIS).

According to the leaked U.S Government diplomatic cable obtained by The Guardian newspaper in the United Kingdom, Hedegraad suggested, “AOSIS countries 'could be our best allies' given their need for financing.”
“I can only say that it is one sided and selective reporting of the conversation by WikiLeaks. What I can say from the EU is that we have done some of our outreach in some Least Developed Countries (LDCs) and vulnerable countries and for many good reasons we want to work with them, she told journalists here in Cancun Monday.
She refused to explain the nature of the conversation with Dr Pershing except admit that she flew to the Maldives to discuss what constructive work the EU can do in the small island state in the Indian Ocean.
“We have been working with AOSIS and our conversation was not only about financing. We have done a lot of outreach and we are delivering on our pledges, said Hedegraad.
The Guardian report quoting from the leaked U.S diplomatic cable claims that rich nations were using money, threats to buy support, spying and cyber warfare to seek out leverage at the global climate change talks.
The US diplomatic cables reveal how the US seeks dirt on nations opposed to its approach to tackling global warming; how financial and other aid is used by countries to gain political backing; how distrust, broken promises and creative accounting dog negotiations; and how the US mounted a secret global diplomatic offensive to overwhelm opposition to the controversial Copenhagen Accord, the official document that emerged from the failed Copenhagen climate change summit in 2009.
Getting as many countries as possible to associate themselves with the accord strongly served US interests, by boosting the likelihood it would be officially adopted, reported The Guardian.
A diplomatic offensive was launched. Diplomatic cables flew thick and fast between the end of Copenhagen in December 2009 and late February 2010, when the leaked cables end.
Some countries needed little persuading, like Maldives in the Indian Ocean, the newspaper reported.
Within two weeks of Copenhagen, the Maldives foreign minister, Ahmed Shaheed, wrote to the US secretary of state, Hillary Clinton, expressing eagerness to back it.
By 23 February 2010, the Maldives' ambassador-designate to the US, Abdul Ghafoor Mohamed, told the US deputy climate change envoy, Jonathan Pershing, his country wanted "tangible assistance", saying other nations would then realise the advantages to be gained by compliance” with the accord, said the U.S cable.
A diplomatic dance ensued. "Ghafoor referred to several projects costing approximately US$50m. Pershing encouraged him to provide concrete examples and costs in order to increase the likelihood of bilateral assistance."
The Maldives were unusual among developing countries in embracing the accord so wholeheartedly, but other small island nations were secretly seen as vulnerable to financial pressure. Any linking of the billions of dollars of aid to political support is extremely controversial – nations most threatened by climate change see the aid as a right, not a reward.
To date, 116 countries have associated themselves with the Accord and another 26 say they intend to associate.
1 comment:

By Makereta Komai, Climate Pasifika Media in Cancun, Mexico
06 DECEMBER 2010 CANCUN ---- Mexican President, Felipe Calderon wants more civil society input into the Conference of Parties process, breaking with tradition to convene a special stakeholder’s engagement Monday.
Addressing both Parties and hundreds of non-governmental organisations accredited for COP16 in Cancun, President Calderon urged South Africa, the hosts of COP17 next year to include the ‘voices of the people’ in the negotiation process.
“There should be a more formal character for civil societies, said President Calderon, who chaired the two hour session.
“We need society participation. Clearly, there is a need for a more open and inclusive role for civil society at future Conference of Parties.
President Calderon said the climate change negotiations should not only focus on governments but include the views of the people, who represent nearly 7 billion of the world’s population.
“The negotiations must hear all voices, the indigenous peoples, the women and children, the business community etc.
“Combating climate change is everyone’s business and every step must be taken now to mobilise our societies to understand what needs to be done to fight climate change, said President Calderon.
After presentations from selected civil society groups, he opened up the floor for discussions.
A representative of the youth constituency praised Mexico for allowing the voices of young people to be heard.
“We beg negotiators to do their best and reach an agreement that will save the world for the future generation. You need to move mountains, ending with “Yes we can, Yes can and Yes we can!
The Mexican leader also urged more participation of women in the negotiations.
“Women are mostly the victims of climate change and yet they continue to maintain our household. They are the backbone of society, thus they need to have a voice also. I believe if more women are involved then we have a more human solution to the problem of climate change, said President Calderon.
His comments were supported by the former President of Ireland and honorary President of Oxfam, Mary Robinson.
“Not only are women disproportionately impacted by climate change, but they lack access to markets and essential tools including land and credit that would enable them to better adapt.
“Women are on the frontlines of climate change because they are often the main food producers and so susceptible to the increasingly extreme and unpredictable weather," said Robinson.
"But women are also leading the way in creating innovative solutions that can help us overcome these challenges. Negotiators must recognize the essential role of women this week to ensure decisions made in Cancun can succeed once implemented, said Robinson.
No comments:

Scene@COP16:Love for the Kyoto Protocol


Civil society at Cancunmesse (one of the conference venues) demonstrated Japan's end of the 13-year love affair with the kyoto Protocol, after it announced that it did not want an extension to the Protocol. 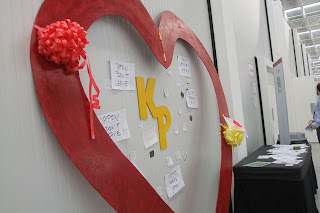 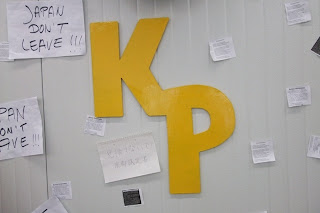 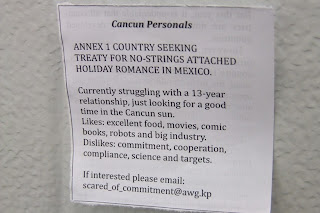 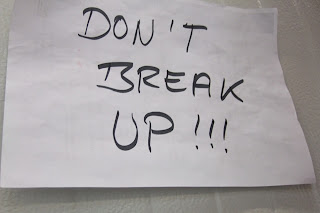 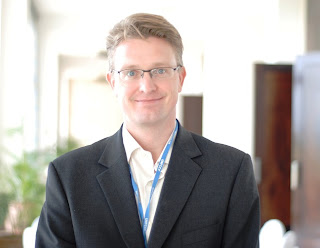 By Stanley Simpson, Climate Pasifika Media Team
6 December, Cancun, Mexico - The Pacific Conference of churches (PCC) wants the issue of forced migration and the resettlement of vulnerable Pacific island countries and communities due to climate change on the agenda of any United Nations agreement on climate change.
The PCC’s Climate Change Resettlement Officer Peter Emberson says the issue is one of the most critical for the Pacific as many will be forced to move from their islands or be displaced internally as a result of sea level rise.
Emberson laments the fact that the resettlement issue is not being seriously taken on board in the negotiations here in Cancun.
“What PCC is trying to bring to the attention of the international community is that migration as a result of climate change is already happening in the Reef Islands of the Solomon Islands, in the Cataract Islands in Papua New Guinea, and very soon in the low lying atoll areas of Fiji, the Lau group, the Rewa delta region and Sigatoka - all these areas are vulnerable to sea level rise.”
“What the PCC is trying to bring to the attention here in Mexico is to ensure there is adequate language so that when the people are displaced even further in the future (5-10 years) that the pieces of legislation under international law will safeguard and protect the human rights of these people. “
Emberson is also urging Pacific governments to move strongly on the issue, and make it a priority.
“Pacific governments have been very slow on the issue. One of the few countries that has been very ambitious and progressive on the issue is Kiribati. They are moving the issue of resettlement and forced climate migration, but at the moment they are the lone voice,” Emberson says.
“What we need to do in the Pacific is to mobilize Pacific states to recognize and realize the urgency and to put these issues on the agenda of the Pacific Islands Forum, and then the Small Island Developing States (SIDS), and bring it to the attention of the United Nations – whether it be United Nations Framework on Climate Change, or the General Assembly or the Security Council.”
“It needs to be on the UN agenda so that the whole community of states can act in concert to ensure there is adequate action done at the international level. “
Emberson says churches in the region wield a lot of influence within their constituencies and congregations – and its important they raise the issue and be part of the solution on something important like climate change that will affect peoples lives.
No comments: