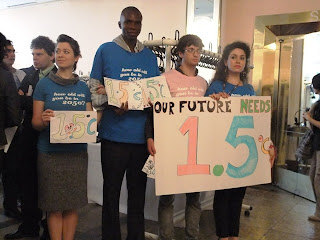 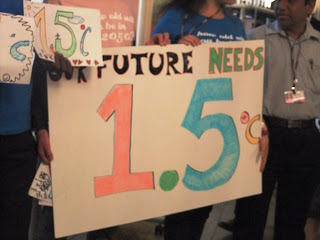 When SBSTA resumed Thursday morning, young people carrying banner with 1.5 degree messages lined the corridor leading to the conference centre to remind delegates of the kind of future they are giving to them if they oppose the AOSIS proposal.
“This message is directed at Saudi Arabia especially said a 20 year old German student who was part of the 350.org group of young people holding placards.
“We want a safe and secure future for us, said another.
112 countries, including the powerful G77 group, the European Union, Australia and New Zealand supported small island states call for a technical paper.
Ms Makereta Komai will be covering the Bonn Climate Change negotiations from 31 May – 11 June 2010, thanks to support from Secretariat of the Pacific Regional Environment Programme (SPREP) and the World Wide Fund for Nature (WWF). She will provide daily coverage of the negotiations via PACNEWS and the SPREP website www.sprep.org, the climate pasifika blogspot, http://climatepasifika.blogspot.com and the PINA Green page http://green.pina.com.fj/
1 comment: 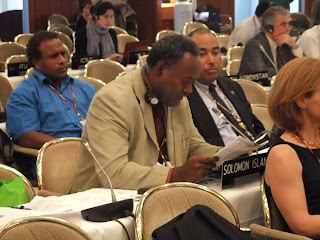