Climate talks begin with a plea to industrial nations to honour $30 billion promise
By Makereta Komai in Bonn for Climate Pasifika
31 May 2010 Bonn, Germany --- A plea to industrialised countries to fulfill the US$30 billion pledge made in Copenhagen last year, kicked off the second round of climate change talks, convened in the German city of Bonn before the Conference of the Parties (COP16) meets in Mexico in December.
And Yvo de Boer did not mince his words when he clearly spelt out that “Cancun will only deliver, if promises of help are kept.”
In 2009, a number of developed countries, led by the United States, promised to deploy USD$30 billion from 2010 to 2012 in short term financing to kick start climate action in developing countries.
"Recent pledges by Spain and Germany towards the adaptation fund have been useful first steps to build trust among developing nations," said the UNFCCC Executive Secretary, Yvo de Boer. 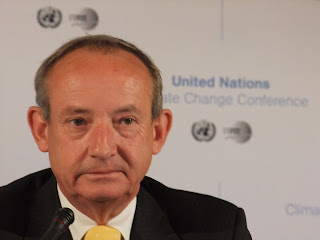 "But we must see more concrete contributions from other countries in the run-up to Cancun which shows that developed countries are ready to deliver on what they promised five months ago in Copenhagen.  Times are harsh, especially in Europe, but USD$10 billion a year for three years from all industrialised countries is not an impossible call.  Meeting this promise will establish greater trust between developing and developed nations"
Strong criticisms have come from international NGO’s who want more clarity on where the funds will come from.  Action Aid India’s Raman Mehta told journalists it’s not clear whether the 10 billion will be realised. 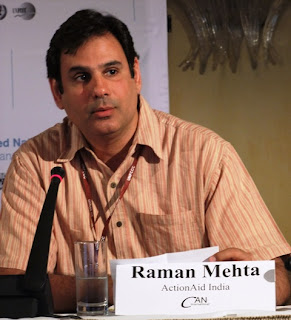 “Is it a new funding altogether or is it coming from the current level of overseas development assistance (ODA) given to developing nations?  This is one of the gaps that need to be fixed before Cancun. Another gap in negotiation is that of trust and goodwill amongst negotiating Parties", observed Mehta.
Alden Meyer of the Union of Concerned Scientists expanded on the issue of trust saying the 12 days of talks here in Bonn should attempt to bridge that ‘division’ if a way forward for a legally binding and ambitious deal is to be secured in Cancun.
“There is sharp division on the legal form of the agreement and this need to be thrashed out now. It’s not clear whether the agreement will come from one or two negotiating tracks", said Meyer.
The two-weeks negotiations in Bonn is expected to resolve three main issues, said Yves de Boer.  These include a commitment to get promised money to fast-track action, wrap up implementation package and ensure political leadership to answer political questions that remain outstanding.  There is a growing consensus on an operational architecture to implement effective and collective climate action.
In Bonn, the chair of the long term co-operative action (LCA), Margaret Mukahanana-Sangarwe, with the agreement of governments will table a new text when it convenes Tuesday (01 June). The proposed text integrates parts of the Copenhagen Accord.  The focus of this group is on emissions reduction commitments for the 37 industrialised countries that have ratified the Kyoto Protocol for the period beyond 2012.
“The fight over the longer term for a safer climate will take generations. Others will judge the final victory, but we can measure up to a successful start this year if we can keep the process focused", said de Boer.
In addition to the two working groups mandated to negotiate a long-term response to climate change, two UNFCCC standing committees – the Subsidiary Body for Scientific and Technological Advice (SBSTA) and the Subsidiary Body for Implementation (SBI) – are meeting in Bonn.  SBSTA deals with the issue of building capacity in developing countries to measure emissions from deforestation. It will convene a research dialogue between governments and research organisations to generate discussion on the latest information on climate change science. The SBI is expected to agree on the modalities for the review of the Kyoto Protocol’s Adaptation Fund in Mexico at the end of this year.
The Bonn gathering is being attended by more than 4,500 delegates, including government delegates, representatives from business and industry, environmental organisations and research institutions.


Ms Komai will be covering the Bonn negotiations from 31 May – 11 June 2010, thanks to support from Secretariat of the Pacific Regional Environment Programme (SPREP) and the World Wide Fund for Nature (WWF). She will provide daily coverage of the negotiations via PACNEWS and the SPREP website www.sprep.org and the climate pasifika blogspot, http://climatepasifika.blogspot.com
No comments: