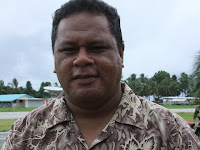 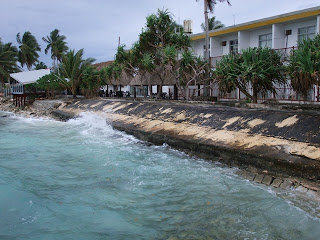 If the scientific predictions are on target, then by 2050, seal level rise would peak at 30 centimetres and over a metre in the next 50 years.  While this data is collated by the Australian Meteorology, there is need for a few more years of scientific monitoring to prove its analysis.
“Our data collection has been going on now for 16 years. We need at least 20 years of tide readings to provide a more relevant trend.  We still need more data so not confuse or make people panic, said Katea.
Tuvalu should experience its peak king tide this year on Sunday 28 February.
“We are forecasting 3.3 metres this year, lower that 3.48 metres in 2006, when we experienced our highest king tide."