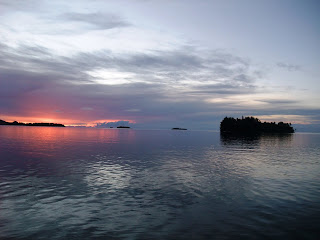 One of the first nations to experience the effects of climate change is crying out for Australia's help.The tiny South Pacific nation of Tuvalu, about 1050km north of Fiji, has been hard hit by rising seas for the past 15 years.

Tuvalu, which comprises nine islands, has its highest point at about 4.5m above sea level.
The country is considered one of the most vulnerable places in the world to climate change.
Tuvalu Meteorological Service director Hilia Vavae, who spoke at Greenhouse 2011 conference in Cairns yesterday, said the country was experiencing flooding from high tides more frequently each year.
“It’s become the norm, now. From observations, it’s more frequent,” Vavae said.
“Normally it happens January through to March.
“Now it can also happen October, November, December.”
Tuvalu has started a composting program to build up more soil to shore against floodwaters and Ms Vavae suggested more soil could be shipped into the country.
However, she said many Tuvalu residents were debating about whether they should leave the nation, to escape the rising seas.
Former Tuvalu resident Terje Dahl fled the country with his wife Emma and young family to Townsville about six years ago.
“During one year, my wife’s family called us (from Tuvalu) to say goodbye because of a predicted 3.8m high tide,” he said.
“Luckily it didn’t go that high and they survived.”
Dahl said many Tuvalans who wanted to escape their sinking nation, wished to live in either Australia or New Zealand, as they had similar climates.
He pleaded with the Australian Government to assist more climate change refugees from Tuvalu.
“They all want to go, but they have no chance of getting anywhere,” Dahl said