What are your views on the thought that there is too much focus on climate change policies by governments and not enough climate change action on the ground? 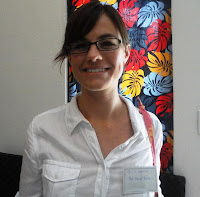 “I would certainly agree, I think that it’s very difficult to transpose government policies into actions on the ground particularly in the Pacific where there are many Islands, particularly a lot of outer Islands, very isolated.   I think the way forward for increasing more actions on the ground is to provide support to provincial governments, NGOs and people that are working directly with communities, that’s definitely an important area to move forward into.” 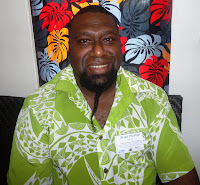 “In a lot of countries it’s true that there’s a lot of work and climate financing going into policy development and very little funds are flowing down to the communities, to actually address concrete adaptation issues that would build community resilience to climate and sea level change. A lot of times money is spent on developing policies and strategies and  unfortunately nothing is done on the ground but again it depends a lot on how pacific island countries set up their climate change national institutional arrangements.  If you have a strong national climate change institutional arrangement, that has oversight on all climate change activities at the national level then you are able to have a mechanism where decisions can be made at a higher level to ensure that a bigger potion of financing is actually translated into adaptation projects on the ground, that builds community capacity to adapt to climate and sea level change.  Also that sort of institutional arrangement will ensure that vulnerability assessments or vulnerability work that has already been done is not duplicated or repeated but is used as basis to mobilise funds and translate these assessments that have been sitting  in a lot of  government offices into actual project on the ground to help build communities resilience.”
Brian Phillips - Vanuatu 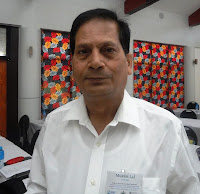 "You need to raise the communities as they are the ones who are feeling the brunt of climate change impacts and for them to take action they need to know actively what is the science, how does the impact will take place and what actions are needed.  These actions can be explained to them through some simple information sheets like that one that USP has recently published and released, a series of fact sheets on some information that will be useful to take it to the communities so they are aware of what  the issues are, what  the concerns are and how they can do it.   This is taking time but ultimately it will succeed, the communities have to be made aware of this and raise their capacity so they can cope with the oncoming threats of climate change."
Professor Murari Lal, University of the South Pacific 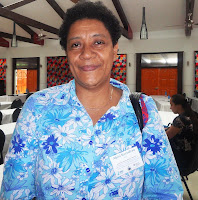 “I agree!  But from my own knowledge and experience, climate change is something that is building up, so therefore, who knows that the policies of climate change would surpass other policies.“
Akisi Korodrau