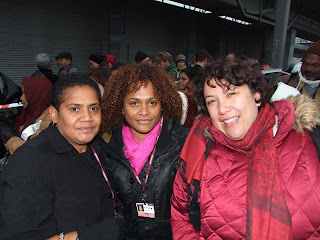 Copenhagen, 14 December - Thousands of people were held up in the cold outside Bella Centre, the venue of COP15, as security begins to tighten around the conference venue, in anticipation of the arrival of world leaders to Copenhagen. Amongst those in the long queue was Climate Pasifika journalist, Makereta Komai, who took some pictures of the huge crowd. Some of the people interviewed complained waiting in line for more than two hours, especially those arriving for registration.

Danish and UN Security officials are asking delegates to arrive early to avoid any delays to their meetings. From today, security officials will monitor access level, which is limited to 15,000 per day for the rest of the week. 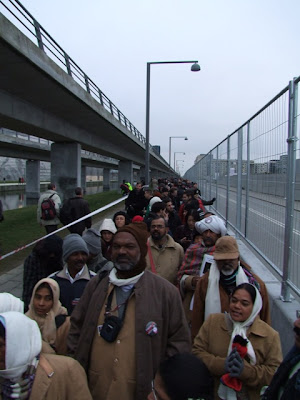 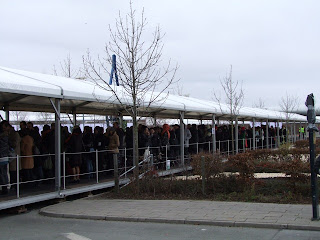