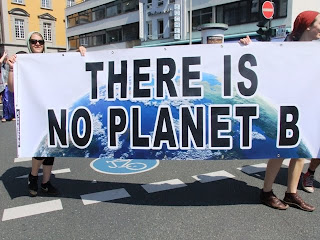 “The Copenhagen Accord definition is almost the same as the BPoA definition – it defines vulnerable states as least LDCs, SIDS and all of Africa. Some of those countries, in particular from Latin America, who will have to face severe climate change impacts, have reasonable concerns since they do not fall under the BPoA/Accord definition.
“What is currently lacking is a more substantial debate of what such a prioritisation of vulnerable countries to receive adaptation support would actually mean, and if it would result in an exclusion of those countries who do not belong to this group, which in principle should be condemned as inappropriate, according to the joint report.
“The only concrete proposal in this regard was that 70 percent of adaptation finance should be reserved for LDCs. It would not mean a total exclusion of other countries from adaptation finance.
Since there has not been agreement on this matter in the AWG-LCA text yet, the Accord language being rather supportive of the BAP definition may provide.
Meanwhile, on the Adaptation Fund, Ronneberg said the Pacific wants to take adaptation to the next level – to start to access funds and go into implementing stage.
“Countries are now in a position to work on their national implementing agency and ready to put forward their projects.
“SPREP is going to be working with the region to ensure that all forum governments register their national implementing entities, it’s likely that SPREP will register as a regional entity to assist countries that need help with their proposals.
“The Adaptation Fund, which was only approved in Poznan in 2008, has just started and looking at the paper work, it appears simplified and more accessible, said Ronneberg.