By Makereta Komai, Climate Change Pasifika in
04 June 2010, Bonn, Germany --- Climate change negotiators face a tough week ahead as they move into final gear and prepare for an outcome that many Parties are describing as ‘workable.’
An issue that needs to be fully addressed by negotiators is the definition of ‘vulnerable’ countries.
This is important because priority for any funding mechanism for adaptation will be given to ‘particularly’ vulnerable developing countries.
Climate change adviser for the Secretariat of the Pacific Regional Environment Programme (SPREP) said since most of the Pacific Island Countries fall into that category, there is strong push from Pacific negotiators here in Bonn to maintain the definition from the Bali Plan of Action (BPoA).
“The preference is to stick to the language from Bali that says priority be given to least developed countries (LDCs) and Small Island Developing States (SIDS) and some countries in Africa that suffer from droughts and desertification.
“Limiting it to that definition will allow the Financial Board, or whatever form it will be, enough guidance to have some rules of procedure much like the Adaptation Fund, said Ronneberg.
But the current LCA text has proposed to also include ‘other vulnerable developing states with coastal areas, tropical and mountainous glaciers and fragile economies.’
“We have one more week to work through these things and we are fairly confident we will make some progress. We will just have to see, as it stands right now, we are making progress.
WWF International and local NGO, German Watch released a report analysing the state of play at the negotiations, supporting the Pacific’s push to stick to the Bali Plan of Action definition. 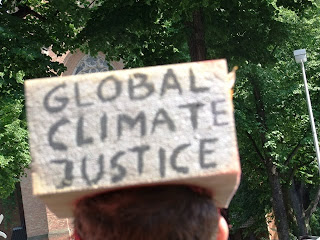 “The Copenhagen Accord definition is almost the same as the BPoA definition – it defines vulnerable states as least LDCs, SIDS and all of . Some of those countries, in particular from , who will have to face severe climate change impacts, have reasonable concerns since they do not fall under the BPoA/Accord definition.
“What is currently lacking is a more substantial debate of what such a prioritisation of vulnerable countries to receive adaptation support would actually mean, and if it would result in an exclusion of those countries who do not belong to this group, which in principle should be condemned as inappropriate, according to the joint report.
“The only concrete proposal in this regard was that 70 percent of adaptation finance should be reserved for LDCs. It would not mean a total exclusion of other countries from adaptation finance.
Since there has not been agreement on this matter in the AWG-LCA text yet, the Accord language being rather supportive of the BAP definition may provide
Meanwhile, on the Adaptation Fund, Ronneberg said the Pacific wants to take adaptation to the next level – to start to access funds and go into implementing stage.
“Countries are now in a position to work on their national implementing agency and ready to put forward their projects.
“SPREP is going to be working with the region to ensure that all forum governments register their national implementing entities, it’s likely that SPREP will register as a regional entity to assist countries that need help with their proposals.
“The Adaptation Fund, which was only approved in in 2008, has just started and looking at the paper work, it appears simplified and more accessible, said Ronneberg.
Ms Komai will be covering the Bonn Climate Change negotiations from 31 May – 11 June 2010, thanks to support from Secretariat of the Pacific Regional Environment Programme (SPREP) and the World Wide Fund for Nature (WWF). She will provide daily coverage of the negotiations via PACNEWS and the SPREP website www.sprep.org, the climate pasifika blogspot, http://climatepasifika.blogspot.com and the PINA Green page http://green.pina.com.fj/