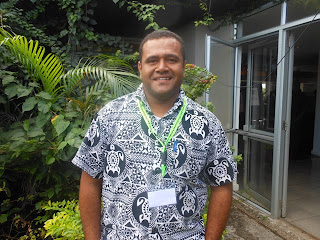 “It brings a sense of togetherness amongst Pacific Nation countries in terms of meteorology, not only that we’re looking into the more high level stuff, it also brings how things impact on the ground – from the forecasting side of things into some of the presentations on the tropical cyclone effects. It’s in this kind of forums that we have the expertise and it’s a very good idea. It is a meeting that brings about the various elements that are involved in the pacific”. - Misaeli Funak   Fiji, Manager Forecasting Services

“At first RMSD which was the regional met service director meeting was just a meeting. PMC is a subsidiary body of SPREP so it’s got a more decent meetings”. - Reginald White  Director – Marshall Islands National Weather Service Office