Your views: The Future We Want

Q.  What are your views on the Rio+20 outcomes document awaiting endorsement by world leaders, and who do you think the “we” is in The Future We Want? 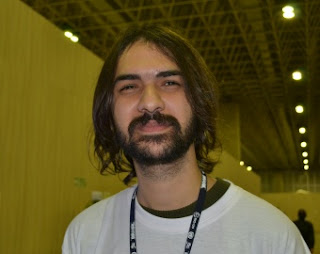 "There are things that I’ve read about it in the newspapers that say that there are not many compromises being done because the principle countries of the world are not interested in doing this.

The “we” in The Future We Want is not we; they are thinking only about themselves." 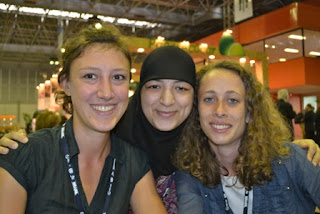 "On one side it’s really good and we have been able to go to some really interesting side events that showcase some nice initiatives. On the other hand, we have noticed that at Rio+20 there are a lot of big brands, we see Coca-Cola everywhere and at Athletes Park we see big companies like BMW who are not totally not sustainable and they are trying to pretend that they are sustainable.

We are quite disappointed in that because we thought that Rio+20 should be neutral, it should only be about the politics and talking with involved people, civil society, the NGOs, those really involved in sustainable development issues, not big companies.

So on one side it is really interesting, but on the other side it’s also very disappointing to see that because when you get here and you see those big companies, and you see they are also involved, you start to doubt the decisions that have been made." 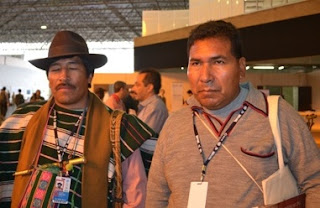 "For us it’s important that they put our issues forward and that they give more respect to these issues as these are important to us, but we think that we still have to do more work on the issues around Mother Earth, food security, water, and rights for mothers.
We would like to prove to others that we are concerned about the green economy and we like that this is addressed in the document, we are happy about that. This is going to help us to keep working on the green economy to help our people." 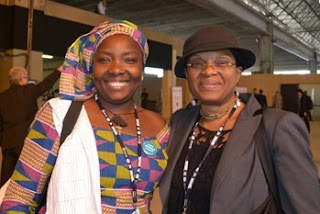 "There’s still a long way to go as the document seems to be the lowest common denominator of what the official governments will agree to. But the world cannot deal with a minimum document because there are serious issues happening and that’s why the NGO movement and the African group are pushing for more substance in the outcome document.

The bigger people who don’t want to spend money say things like they need to have a more effective document or it means they will have to pay more money; they are really the ones blocking it. But they shouldn’t forget that their own children will be in this world too. Let’s all agree on what will make the world more sustainable for everybody so that can develop you can eradicate poverty and we can look after this planet that we’re all sitting on.
We don’t want a minimum denominator document; we want one that will help the world.

"If we look at the term “the future that we want”, you’ll find that it’s really the Africans and developing countries that are talking. Now if you look at what the developed countries are discussing in this programme, we have a long way to go.
It is not the future that we want that is being discussed, so it is not acceptable to us from the civil society organisation side. We want a future for the children, a huge future for women and youth. With what is on the ground that has been endorsed I do not think that is the way forward for these groups.